Emilia Romagna is accessible;  this Region on the border between the Northern and the Central Italy, Emilia is a region full of attractions.
It has a solid economy traditionally based on agriculture and to which is added seaside 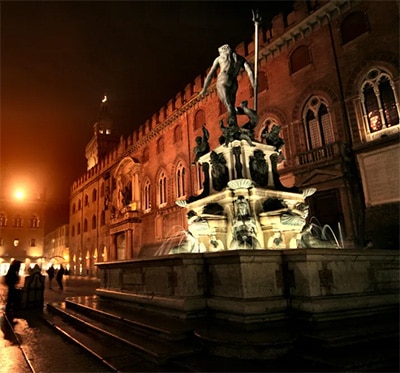 tourism along the beaches of the Romagna Riviera and industry including some absolute excellences such as the Ferrari, the most iconic sports car in the world.

The cuisine of the region is the most celebrated of Italian cuisine and some of the most renowned Italian gastronomic delicacies are Emilian: Parmigiano Reggiano (Cheese), Parma ham, cured meats and sausages different from city to city as well as dozens of first courses and second courses among the most succulent of the entire Italian cuisine.

A trip to Emilia would already be justified in tasting its gastronomy.

The cities of the region retain important remains of their past.
These are mainly medieval buildings such as in Bologna, Parma, Piacenza but also more ancient such as in Ravenna and Ferrara.

The natural environment also offers special locations, from the mountains of the Tuscan-Emilian Apennines to the lagoons of the Comacchio valleys near which the millenary Abazia di Pomposa stands, an authentic Romanesque jewel.

Accessibility in the cities, built in the Po Valley, and therefore free from unevenness, is generally good with not particularly problematic pavements, well-kept sidewalks and with slides. Tourist attractions are generally accessible.
The cities do not have metropolitan networks but Bologna is one of the few Italian cities to have an accessible taxi service defined as “priority taxis”.
There are about 30 and can be requested at the Radio Taxi headquarters. Emilia Romagna is accessible in general!