The Veneto rises, for the most part, in the Po Valley, the largest Italian plain formed, over millions of years, by sediments transported by the largest Italian river, the Po.
To the north the plain rises into the Pre-Alps and then with the Belluno Dolomites.

Further north and in a completely mountainous territory is Trentino which borders with Austria.
Trentino is home to some of the most beautiful and majestic mountain massifs in the Alps.

Veneto is home to some of the most famous and visited Italian cities of art: Venice, Verona, Padua, Treviso, …

In Trentino the beauties are mainly natural even if Trento, the provincial capital, Bolzano, in the center of the German-speaking area, and other smaller centers retain interesting historical centers with architectures that are affected, especially in the Province of Bolzano, of the cultural influence of Austria who ruled the region for centuries, until the 1st World War. 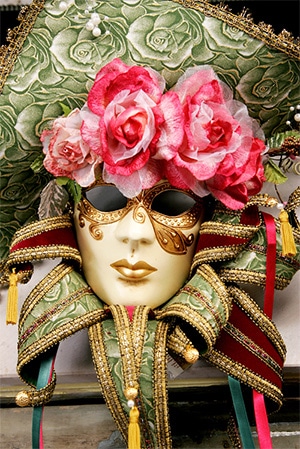 The most exclusive jewel of this area of ​​Italy is certainly Venice, the most famous tourist destination in the world that with the lagoon in which it rises creates a unique cultural and natural environment and with a glorious past that brings back to the glories of the Republic of Venice, a sovereign state for many centuries. Venice, however, is quite problematic for tourists with wheelchairs because the hundreds of bridges that connect the islets that compose it are 90% not passable because with steps.

But the perception of inaccessibility is based on preconceptions.

Moreover than half of the city, as the main tourist area around Piazza San Marco, is accessible (as can be seen on the attached map and updated to 2017) and to move from one accessible area to another you can use public transport boats (water buses) which are accessible by wheelchair.

The vaporetto lines 1 and 2 connect the main tourist areas, are served by spacious water buses and with access at the level of the pier and this makes them accessible.
The vaporettos, as mentioned, are very useful for moving from one area to another but: They are often very crowded, especially at peak times and therefore sometimes cannot be accessed.
They make many stops and therefore a route can take a long time. Alternatively we can book accessible boats for private services, visits and excursions to other islands of the lagoon as well

In general, the pavement of Venice does not present great difficulties, there are no cobblestones but stone slabs that are more accessible and the absence of traffic, which is not pedestrian, makes it less complicated to move even if sometimes the human flows are really impressive and occlusive.

Stepped bridges are everywhere and even if a number of accessible bridges appear on the map it is not possible to recognize them because the stair lifts are often under maintenance or broken or have been removed.
There are also bridges that can be crossed with the help, by those who use manual or not too heavy chairs, because they have long and low steps. For example those in Riva degli Schiavoni but they are few.

The main attractions of Venice are the Basilica of San Marco and the Doge’s Palace. Both are wheelchair accessible.
They are located in Piazza San Marco and access for people in wheelchairs allows you to avoid long queues.

In Venice there are some hotels, few in truth, located in the insular part of the city, the one where you want to reside to fully enjoy Venice,  which are accessible and have 1 or 2 rooms for the disabled.
But hotels in Venice are usually expensive and an alternative can be accommodation in a hotel on the mainland in Mestre or in other towns not far from Venice.

We can organize accessible transfers by van for you and, apart from the charm of sleeping in Venice and being able to visit it at dawn when there are few people around, the cost of hotel + transfer could be cheaper than staying overnight in Venice.

If you want to visit other places in Veneto and maybe even attend an opera in the unique scenery of the Verona Arena, staying overnight on the mainland can be an advantage.

Verona, where the Arena stands and where Shakspeare sets Romeo and Juliet is the 2nd tourist destination in the Veneto.

The city retains its medieval charm intact with buildings in ancient bricks, stone-paved streets, churches and palaces that tell the millennial history that began under the Romans to whom we owe the most famous monument, the Arena.
The city is flat and the historic center is not large, you can visit it in one day coming from Venice and returning in the late afternoon or in the night if you want to attend an opera at the Arena (we can book tickets for you).

Near Verona is Garda lake, one of the 4 great lakes of Northern Italy. If you want to spend a day visiting it, it will be better to stay overnight in Verona which has good accessible accommodation facilities.

Less known as a city of art than Venice and Verona, it is however very interesting with a historic center full of monuments and has a particular relevance for those who are devoted to one of the most revered saints: St. Anthony of Padua.

A Basilica dedicated to him is the main church of the city. The city is flat and generally accessible.
Pavements are mostly in large stone slabs and walkable sidewalks, with slides and partly covered by arcades.

Historic city of art in the heart of a rich wine area known as “Marca Trevigiana”.
The name dates back to the 12th century and to the Holy Roman Empire. Two rivers, Sile and Cagnan, enrich the appearance of the historic center enclosed by the ancient walls.

The houses with the ancient arcades give the center a medieval air and in the center stands the Cathedral which houses a work by Tiziano. The city is accessible as it is built on the plain. 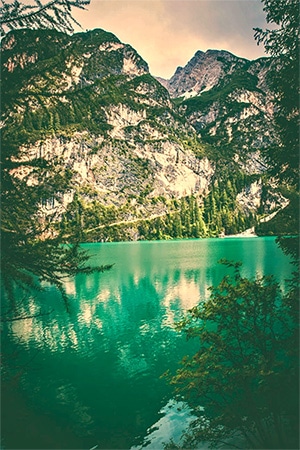 Tyrol: Lake in the mountains

Largely developed along the valley of the Adige river and tributaries, Trentino and its northern portion (Alto Adige for the Italians and South Tyrol for the German-speaking minority) is a region of mountains covered by coniferous forests.

It houses some of the most fascinating Italian massifs and is rich in alpine panoramas.

Towns and villages retain buildings from the medieval past in a style often influenced by Austrian architecture.

Another point of interest is the gastronomy rich in flavors that originate in crops and farms in the mountains and from game in the woods.

During the winter there are numerous and very picturesque Christmas markets.
Cities and towns are generally accessible while, obviously, nature trails are much less so, but splendid viewpoints can also be reached by accessible car and van.
Veneto Trentino Venice accessible